When was the last time you had a dental exam?

Many people believe that since they aren’t experiencing dental symptoms – like tooth pain or bleeding gums – then all must be well.

Unfortunately, a sizable number of dental problems, including cavities and periodontal disease (bone loss around your teeth), just don’t produce obvious symptoms in their early stages.  At least not symptoms that tend to be obvious to patients.

In fact, by the time people the average person experiences pain, his dental issue is typically pretty far along.  And all too often, by then, the problem can also be quite expensive to handle. 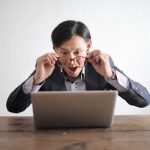 It might amaze you to discover the types of problems your average dentist encounters every week, many of which you would expect to be painful, but they just aren’t.  They can still result in tooth loss though.

Pretty much anyone who has ever worked in a dental office for any length of time will tell you this is so.  And they will tell you that you can inform some people that they have a problem, but unless it is “real” to them, they just won’t do anything about it.

They may come back a few years later (or maybe sooner) – usually with an emergency – desperately wanting to save the tooth that you told them about earlier.  Of course, by now, it may be too late.  And very often they will have forgotten it was ever discussed at all, because it was never a realistic problem for them to begin with.

Human nature can be funny that way.

So, keeping that in mind, it’s generally a good idea to get checked out by a dentist.  Regularly.

The best news you can hear is that everything looks great.

But sometimes getting a confirmation that you don’t have cavities or gum disease is not the only reason to get a dental exam.  Over the years, I have detected cancer (not just oral cancer) – as well as a host of other non-dental problems – that might have been overlooked had the patient not scheduled an exam.  Obviously, we refer patients to an appropriate specialist for treatment when we discover medical problems outside the scope of dental practice.

Other benefits of getting a dental exam:  I can recall many patients who told me that what they thought were unrelated health problems simply resolved when their oral problems were gotten under control.  These have included digestive problems, low energy problems, elevated blood cell counts, hypertension, and more. 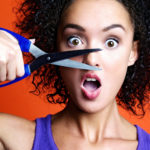 Just maybe not too well.

Your overall health is connected to your oral health.  Take a look at this infographic.  Then think it over. . . . 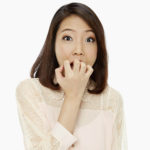 In my experience, extractions freak people out.

So it’s always gratifying when a patient can leave my office joking and smiling after the experience, such as happened in my office two days ago.

In fact, another patient, actually gave me a big hug after her extraction the following day.

And that got me to thinking about this entire area. . . .

No one (usually*) wants to lose teeth.  And we, as dentists, don’t want people to lose them either, but sometimes there is little choice if a tooth has been allowed to get bad enough, or if periodontal disease is so advanced that there is no hope of reversal.  [*Though, I did have a young boy actually request a tooth extraction last week — but I’m pretty sure he was really hoping for a visit from the tooth fairy. ]

Nevertheless, I see many people really work themselves up over the thought of the procedure.  In fact, the first patient I mentioned actually rescheduled her original appointment when she learned she needed the extraction. She had a hard time confronting the idea of removing her tooth.

But, to her credit, she did show up for her appointment and when we were done – as I have heard so many times before – she said: “I can’t believe I worked myself up for that.”

Even with her tooth being so badly decayed that there was barely anything to get a hold of, her experience was pretty quick and painless.

So her worry was just stress on top of stress. 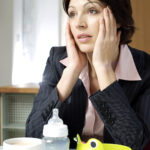 My first piece of advice on this point is try not to need an extraction.  Toward that end, try to keep up with regular dental visits, eat a healthy diet, and don’t forget — you control your home care.  But, if you do need to have a tooth removed, talk to your doctor about your concerns.

In most cases, your anticipation of what is to come will be far worse than the experience.  Still, delaying the inevitable is seldom a good thing.  It can make it harder for the doctor too.  So why not just make it easier on everybody?