Tartar – Why Should You Care?

You go to the dentist every six months to have your teeth cleaned. Well, hopefully you are getting regular dental visits. Right? But, just what is the dentist doing when he cleans them anyway?

We’ll get into that shortly. And maybe you can even recall the dentist pointing out places where you had some tartar. But if you are like many patients, you nodded your head and he went on cleaning.

On the other hand, possibly you were thinking: “Just what the heck is tartar anyway? Isn’t that a Russian thing? Or, maybe, it has something to do with that white sauce. No, that doesn’t make any sense. Oh well, I don’t want to embarrass myself by asking.”

And it went in one ear and out the other. 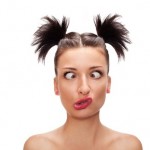 Let’s try to clear it up a little. Tartar is basically hardened plaque. And plaque is the sticky mix of bacteria, food particles and proteins that forms in your mouth — pretty much every day. It sticks to your teeth, it gets under your gums, and it builds up on your dental work. The trouble is that when plaque hardens, it builds up – actually, very much like a coral reef.

And like a coral reef it can spread out over a broad area. But the damage it causes hits you in two ways. Firstly, the bacteria that cover the tartar damage your gums from the toxins they secrete. This can cause the gums to become inflamed and to bleed. In its mildest form, this is called gingivitis. But secondly, the tartar acts as a foreign body. Get the idea of having something stuck in your teeth – say, a shell of popcorn. It won’t take long before the gums get puffy, red, and irritated.

The thing is, if it’s popcorn, you notice it pretty much immediately. After all, one moment everything is fine, and the next you’ve got this thing stuck in your gums. And until you pick it out, your gum stays puffy and protests its presence with bleeding and, sometimes, pain.

The difference with tartar is that it generally forms more slowly. So, in most cases, people don’t even notice it growing. Nor do they notice what it is doing to their gums and the surrounding bone. Because when gingivitis is not gotten under control, it gets worse. Pockets form between your teeth and gums and get filled with more bacteria and more tartar. This leads to an infection called periodontitis.

Over time, your immune system kicks in, trying to use stronger methods to fight this problem that just isn’t going away. The result: it starts to work against you and breaks down your own bone. What’s more it usually does it painlessly. So many people don’t even realize they are losing bone until their teeth get loose. That’s why this is the number one cause of tooth loss worldwide.

So what is the dentist doing when he cleans your teeth? He’s removing the foreign body (the tartar) and what is basically a condominium for your harmful bacteria. But don’t feel too bad for your evicted bacteria. They will try squatting in a new home under your gums in less than twenty-four hours. And they are associated with such nasty effects as heart attacks, strokes, Alzheimer’s, pancreatic cancer, and more.

For the sake of your health, when it comes to tartar, you should care. Steps you can take to get matters under control include brushing after meals, daily flossing, and eating a healthy diet. Oh, and if you smoke, chances are you will build more tartar as well. There’s one more reason to quit.

Once tartar has formed on your teeth, only your dentist or hygienist can remove it.
So, be sure to visit your dentist at least twice a year to remove any plaque and tartar that has built up and to prevent more serious, and costly, health problems.