I have been out of dental school for (cough) a few years now, so I wasn’t particularly curious about the subject of applying to dental schools for myself. But a friend raised the question recently, and it made me wonder – beyond the United States – what are the best dental schools in the world today? 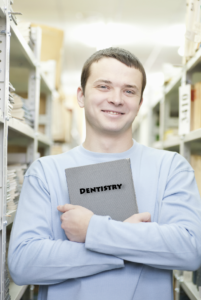 So how many U.S. dental schools made the top five? One.

And was it number one?  Nope.  It was number three. That’s not too shabby, but I was also a little surprised to learn that it the University of Michigan. Not because I have anything against that particular dental school at all, even if it’s not my alma mater.

I just didn’t realize they performed that much research, and that was one of the key factors for which they were recognized.

Quacquarelli Symonds (QS), which bills itself as the world’s largest highest education network, rated the University of Michigan as the top dental school in the United States, for the fourth year in a row. With an emphasis on research, the school received more funding from the National Institute of Dental and Craniofacial Research in 2017 than any other dental institution in the country. Funded projects totaling $16.3 million addressed cavity prevention in children, head and neck cancer, and regenerating lost tissue due to disease, injury or congenital disorders.

So who topped the list? The University of Hong Kong Faculty of Dentistry took the top spot for the third year in a row. They were followed by King’s College London Dental Institute at number two. The University of Michigan slipped from their second place standing last year.  Next the Academic Centre for Dentistry Amsterdam and Tokyo Medical and Dental University rounded out the top five.

European schools dominated the top ten, but U.S. schools followed in force for the top twenty.

What I find interesting about these analyses, however, is that the criteria for what makes a top school are not necessarily what would be important to me as a prospective student – unless I planned on a career in dental research.

Now, I’m not saying that graduating from the University of Michigan Dental School or Harvard are only good if you are interested in research. I’m sure they graduate many excellent clinicians.  But in my estimation, when you graduate, you want to feel prepared to deliver dentistry to your patients confidently.

Isn’t that what happens when one graduates from dental school? Apparently not in every case.

Years ago, I was faced with the same decision so many young dental students have to consider today.  What school should I apply to? Geography, tuition, and reputation were all factors I took into account. At one point, I thought I had my choices narrowed down to two schools – both in the same city. One was an Ivy League school and the other one with a solid reputation.

As luck would have it, I was invited to a barbecue and met a dentist who had the good fortune to teach at both institutions at different times. So, I asked him, if you had the choice, where would you go?  He reflected upon the question for a moment and answered this way: “If you want to learn how to talk about dentistry go to (the Ivy League) school.  If you want to learn how to do dentistry, go to the other one.”

Basically, what he was saying was that while the first school was excellent, the other school prepared you for the real world of dentistry better.

How much better?  I can answer that.

I knew I wasn’t inclined toward a career in research. I wanted to become a dentist and work with people on a day-to-day basis.  I took his advice and chose the school that I felt would prepare me to do just that.  I have to say, I was happy with my decision. When the time came for me to hang up my shingle, I definitely felt prepared. I wanted to start seeing my own patients.  And I loved the next twenty-seven years of clinical practice.  I honestly continued to love coming to work after all that time.

But let’s backtrack for a moment. While still a dental student I also had the good luck to have been elected a Trustee for the American Student Dental Association. As such, one of my responsibilities was to act as a liaison between students in the dental schools of my region and the part of the American Dental Association (ADA) dedicated to its 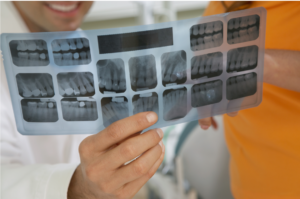 future members. The ADA wanted to know what concerned new graduates and it was interested in seeing what could be done to help them.

My district included three Ivy League schools, as well as the two oldest dental schools in the country. I had a chance to travel a great deal while still a student and I spoke to many people about what they perceived as their greatest challenges upon graduation. The overwhelming majority of times, the conversation drifted in the direction of the student wanting to do a General Practice Residency (if they weren’t planning on a specialty) or, they told me they planned to work as an associate for a few years before starting their own practice.

By contrast, most of my classmates were ready to hang their shingles and get started upon graduation.

This spoke volumes to me and, in retrospect, I was grateful to that doctor from the barbecue.

If you are a prospective dental student, ask yourself, what do you envision doing when you get out.  Do you love academia?  There is definitely a place and a need for research.  Dentistry is a dynamic field and both dental science and technology evolve at breakneck speeds.  There are many aspects of dental research that one could pursue.

But if, like me, you know that you are going to become what we refer to as a “wet-fingered” dentist, research what your clinical experience will be like. What will you get to do? Just the basics, or will you have chance to learn about the growing needs of your patient base? Patients will want to see you deliver tooth whitening as well as replace missing teeth or stabilize loose dentures with implants. They will want to correct uneven or discolored teeth with veneers.  And more. Much more.

Dentistry can be a lot of fun and very fulfilling. It can also be challenging. But if you do choose the profession, research your schools well, and do your best to do your best. Good luck!