How Often Should I Brush My Teeth?

Sounds like a pretty basic question for a dentist, doesn’t it? In fact, I’m not really asked that question often because “everybody knows” you should brush your teeth twice a day. But should you really?

After all, you can pick up almost any tube of toothpaste and it says right there” brush twice daily, or as directed by your dentist”.

Some time ago, I started asking patients how often they brushed their teeth when they came in for their periodic cleanings. The most common answer – by far – is “twice a day.” My next question is usually, “Yes, but when during the day do you brush?” As you read this, many of you who do brush twice daily are thinking “when I get up and again before I go to bed.”

If you have experienced dental cavities, that could be part of the problem.

When I mention this to patients I usually get this sort of silent stare. It’s kind of a cross between, “well that makes no sense at all” or, “then I might as well just give up.” 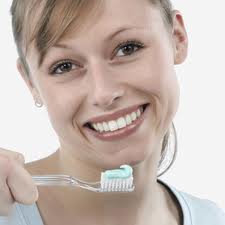 It starts with an understanding of what causes dental cavities. There are a few basic elements. The most obvious is that you need to have a tooth. Additionally, you need cavity-causing bacteria. Then you also need a fermentable carbohydrate. This is an important point. Carbohydrates include sugars and starches, but the process of fermentation creates acids. Once the acids form, there is another element that comes into play: time.

If we break these factors down further, it is useful to look at what we can control in the cavity-causing process. For the sake of argument, let’s assume we are starting out with a full set of teeth, so that’s not entirely in our control. Next, there is the factor of cavity-causing bacteria. We all have both good and bad bacteria in our mouths. While I could get into a discussion of promoting the good and suppressing the bad, this is also not always easily controlled.

The next two factors, however, we have a great deal of control over.

We can control what we eat. Recognition of which foods are acid forming is also useful. But I’m a realist and understand that sometimes we are just going to eat (or drink) those things anyway.

And this is where the time factor comes in.

A little analogy may be helpful here. What would you do if you spilled a strong acid on your bare skin? Chances are you would run right over to the nearest sink and try to wash it off. But what if you had a leather jacket on and didn’t notice right away? First of all, you would end up with a hole in your jacket, but eventually – with time – it would reach your skin and start to hurt.

It’s much the same with teeth. Your enamel is a protective layer that doesn’t have any feeling because it is mostly mineral and doesn’t contain any nerves. But given enough time, the acid – even a weak one – breaks through and gets to the underlying softer and more sensitive areas. 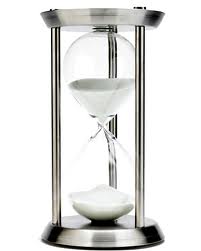 Change your brushing habits and do so after every meal. About a half hour after eating is ideal. If you absolutely can’t brush on occasion, chewing a sugarless gum (preferably containing xylitol) can help.

What most people do, though, is wake up and brush. Then they have breakfast and don’t brush. The acids that are formed following the meal slowly dissolve our tooth enamel. Roughly when the acids wear off, they have another meal or a snack and freshen up the acid. Few people brush after lunch, so it’s a few more hours of wearing the enamel away. Just when that acid wears off people freshen it up again with dinner. They don’t always brush after dinner either, so the acid now has even more time to work. Finally, they brush before going to bed. This cycle can, and typically does, go on for days, weeks, months and years. Given enough time, the cavity becomes large enough to require a filling.

So, if you only eat two meals a day, brushing twice a day is probably fine.  But if you eat three times a day, how often should you brush? You get the idea.

The really odd thing is that I can go over this with someone thinking they get it. A couple of years later, I’ll ask: “How often do you brush your teeth?” Believe it or not, the answer is often the same as when I asked the first time. Hopefully, however, you will get it. Remember also that you can’t ignore flossing and expect to escape cavities, even if you do brush after every meal. The area between your teeth can’t be reached by the toothbrush bristles. About a third of all cavities filled by dentists occur in this location.

Nevertheless, if you follow the advice above I think you will find yourself encountering far less tooth decay over the years. Hoping it works for you as well as it has for me.